This is one of the illustrations drawn by Master Feng Zihai, a famous Chinese painter and writer in the 20th Century. His works may seem too simple, not much artistic value to some, yet his message behind the drawings never failed to touch me. His intention was to use his drawings to connect to every one, including peasants, children and the elderly, and kept his drawings easy to understand, so that even the illiterate could understand his message behind. His works were often inspired by his daily observations to people around him(mostly his many kids)，his pet and the mother nature.

I chose a lot of his illustrations to practice my stamp carving throughout the years. His works often gave me freedom to use v-gauge on rubber board, and even sometimes I made some mistakes in the stamp, it would not affect the overall picture,somehow. Carving his meaningful works is always a great pleasure. 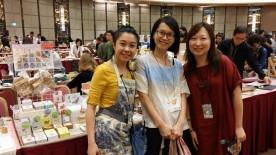 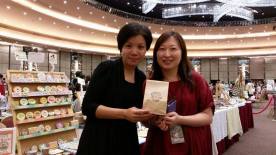